Posted About Five Months Ago by The X-Factor (X-Man)

The first round is tonight (Thursday, April 29). The draft begins at 7:00 p.m central time and will run for three or four hours as 32 picks are made. The second round will kick off at 6:00 p.m. central on Friday (April 30), with the third round following right after. The 2021 NFL Draft will air in the US on ABC, ESPN, and NFL Network, as well as ESPN Deportes for Spanish speakers. In addition to airing on ABC, ESPN, and the NFL Network, the draft will also stream on the ABC app, the ESPN app, the NFL app, and on NFL.com (cable authentication is required).

Round 1 of the 2021 NFL Draft is just hours away, and five teams bring home their quarterbacks of the future Thursday night. Let's jump right in!

Lawrence has been the pick for months. The Jags aren't changing their mind about this one.

The Jets begin the Robert Saleh era by selecting a quarterback whose rating is higher than Sam Darnold before the 2018 draft. Wilson will fit nicely into this new offense.

Kyle Shanahan goes with his gut and takes the most pro-ready quarterback in the draft to put in the center of his offense.

The trade offers still aren't good enough for Atlanta to pass on Pitts, arguably the best player in this draft class. This is a huge weapon for Matt Ryan -- a playoff-caliber QB -- and his already-explosive offense.

The Bengals debate between protecting Joe Burrow and adding a game-changing weapon in Ja'Marr Chase, but ultimately go with Sewell in an effort to keep the second-year QB upright.

The Dolphins add a big-time playmaker to help further the development of second-year quarterback Tua Tagovailoa.

The Lions need to upgrade their receiving corps. What better way to do that than by drafting a guy who's been labeled a mix of Julio Jones and Calvin Ridley?

After trading away Teddy Bridgewater on the eve of the draft, the Panthers go get their QB1 Sam Darnold a left tackle. They could also trade back and still get Slater.

With Drew Lock and Teddy Bridgewater already on the roster, the Broncos add another player to the QB room. They are determined to get the position fixed.

Big Blue desperately needs an outside pass rusher, and it's a close call between Paye and Jaelan Phillips.

The Eagles fill a longtime need by nabbing a top CB prospect. They can add a receiving weapon on Day 2 or 3.

The Bolts continue to rebuild the O-line to protect reigning Offensive Rookie of the Year Justin Herbert.

The offensive line has been a problem area for quite some time. Jenkins immediately helps improve the unit.

There are a lot of options for New England when it comes to the quarterback position, and it doesn't stops with Cam Newton. Do they trade for Jimmy G? Do they draft a guy early? In this case, they snag a QB with a lot of upside.

Kyler Murray gets a Tyreek Hill-esque deep threat to help stretch the field.

Farley was the top cornerback in this class prior to his recent back surgery. Even though he won't be in Cleveland to bro hug Roger Goodell, one of the most complete defensive players in the draft goes to Las Vegas at No. 17.

Some feel Phillips has the most potential of any pass rusher in this class. He proves to be the apple of the Dolphins' eye here.

The best defensive player in the draft joins the league's second-ranked defense from 2020.

With a lot of the same skills Minnesota's Justin Jefferson possesses, Toney gives the Chicago offense a speed receiver to help stretch the field. 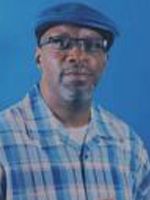